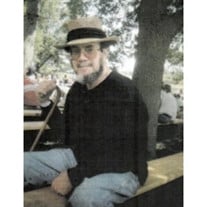 Dan Fransen, of Freeport, passed away peacefully on Wednesday April 22, 2020 after a long, courageous illness with Parkinson' Disease. Dan was born March 15, 1947 in Monroe, Wisconsin, to Palmer and Shirley (Laird) Fransen. He grew up on the family farm in Apple River founded by his great-great grandfather, Hugli Laird in 1832. After Dan graduated from Warren High School, he worked on the farm until he enlisted in the Army in 1968, serving until 1972. He graduated with an associates Degree in auto mechanics from Highland Community College. He worked at Ben Lee's Mobile and Kuntz Brother Automotive. Dan also owned a service station in Apple River for several years. In 1982 Dan and Opal Odum made a life commitment to one another and through their union Dan acquired a family. He became a loving father to Opal's daughter, Sondra Schubert and a special grandfather to her three sons. He was devoted to family and friends and enjoyed simple pleasures, sharing dinners, a good game of cards, word games, music, taking his BMW motorcycle on short or long jaunts and the great outdoors. There is a homey breakfast nook nestled below a stain glass window where Dan loved sharing a cup of coffee and "sweet treats". That is the place many of his friends will remember spending happy hours over conversation and coffee with both Dan and Opal. He will be greatly missed by all those who loved him and valued his steady friendship and humor. Dan was a mechanic by trade, but his true passion was buying and selling antiques, collectables, and "treasures". He had a keen eye and vast knowledge of vintage cans, peddle cars, trains, toys, motorcycles, furniture, and fine glassware. He was the original "American Picker" decades before the popular television show. Dan and Opal shared this passion for the antique business and together they conducted sales privately, at local malls and shows for many years. Dan is survived by his life companion, Opal Odum of Freeport; three grandsons, Christopher (Emily) Appleman, Adrian (Jocelyn) Appleman, and Devan Schubert; his great-grandchildren, Brian Barton, John and Xavier Guess, Carson Schubert, Alexia Sparrow and Esmae Appleman; also surviving are a host of uncles, aunts, nephews and cousins. Dan was preceded in death by his parents, daughter, Sandy Schubert; and brother, Laird Fransen. The family would like to extend special thanks to Liberty Village Manor Court and FHN Hospice for their compassionate care and support. In lieu of flowers a memorial fund has been established in Dan's name for FHN Hospice. Cremation rites have been accorded. Private family visitation will be on Monday April 27, 2020 from 10:00 a.m. until 12:00 p.m. at Burke Tubbs Funeral Home. Immediately following the visitation a private family memorial service will be held. Condolences can be shared at www.burketubbs.com

Dan Fransen, of Freeport, passed away peacefully on Wednesday April 22, 2020 after a long, courageous illness with Parkinson' Disease. Dan was born March 15, 1947 in Monroe, Wisconsin, to Palmer and Shirley (Laird) Fransen. He grew up on the... View Obituary & Service Information

The family of Dan Fransen created this Life Tributes page to make it easy to share your memories.

Dan Fransen, of Freeport, passed away peacefully on Wednesday...

Send flowers to the Fransen family.