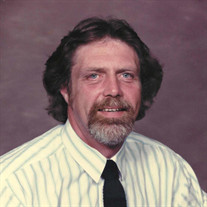 Keith Reemtsma 72, of German Valley, passed away, Saturday February 5, 2022, at his home surrounded by his loving family. He was born on March 20, 1949, in Freeport, Illinois to Walter and Lenora (Mennenga) Reemtsma. Keith was a lifelong resident of German Valley, Illinois. He graduated from Forreston High School in 1967, He then graduated from Highland. On August 18, 1990, he married Dawne (O'Hara) in German Valley, Illinois. They were married on the family farm surrounded my many friends and family. Keith was a Trustee for the Ridott Township, Alumni Member of the Forreston FFA, on the Zoning Board for German Valley, and a member of the Eagles Club. Keith's hobbies started by playing basketball in high school, he enjoyed all things farming from working on the family farm to bailing hay, milking cows and growing beef cattle, and he had a love for horses. Throughout the years he enjoyed his regular coffee regiment with some of his best friends wherever the coffee was brewing. Keith loved Karaoke and was a member of the Fab 4. For most of his life he wrenched on cars, tractors, and small engines. Keith was an avid collector of Farmall and Case IH collectable toy tractors. Keith touched the lives of so many friends and family throughout his hobbies that he shared them with. Keith's jobs throughout the years entailed driving school bus for Forreston School District, owning the Lincolnette in the Lincoln Mall, driving semi for Moring Disposal, working for Sears and working for Ross Farms. He is survived by his wife Dawne of German Valley, Illinois, three daughters Heather (Tony) Collalti of Freeport, Illinois, Brandi (Marty) Sellers of Freeport, Illinois, Nycole (Joshua Dinderman) Mulder of German Valley, Illinois, brother, Arlyn (Betty) Reemtsma of Round Rock, Texas, eight grandchildren, Kyle (Keely), Kane, Ty, Gage Collalti of Freeport, Illinois, Caleb, Brooklyn Sellers of Freeport, Illinois, Aaron Dallman, Dylan Mulder of German Valley, Illinois. Also surviving are father and mother in-law Robert and Marilyn O'Hara of Freeport, Illinois. He was proceeded in death by his parents Walter and Lenora Reemtsma. Visitation will be held 4:00 p.m.-7:00 p.m. Tuesday February 8, 2022, at Burke Tubbs Funeral Home, Freeport. Graveside Services 1:00 p.m. Wednesday February 9, 2022, at Silver Creek Reformed Cemetery, German Valley. A memorial has been established in Keith's memory.

Keith Reemtsma 72, of German Valley, passed away, Saturday February 5, 2022, at his home surrounded by his loving family. He was born on March 20, 1949, in Freeport, Illinois to Walter and Lenora (Mennenga) Reemtsma. Keith was a lifelong resident... View Obituary & Service Information

The family of Keith G. Reemtsma created this Life Tributes page to make it easy to share your memories.

Send flowers to the Reemtsma family.