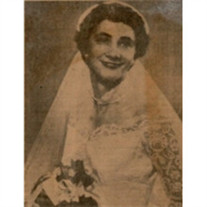 Nancy Lee Sager, 85 years old of Freeport, Illinois went home to be with the Lord on December 16, 2019.? Born Feb. 5 1934 to Leo "Lee" Chambers and Margarette Wolf Chambers of freeport. She graduated from Freeport High School on 1952. She worked at Burgess Battery, Micro Switch, then Walmart. while working at Burgess, she met the love of her life. On Nov 12th 1955 she married Niles Richard "Mike" Sager of Freeport. Nancy gained a large and extended family she quickly learned to love.? Nancy was a Cub fan, enjoyed golfing and she bowled in the freeport woman's bowling league at the Star bowl and the Four Seasons.? Nancy is survived by her Daughter Patti L (Christopher) Pflaume, 5 Grandchildren, Cody Pflaume of Forreston, Brandi (Roger) Nyman of Freeport, Dakota (Caleb) Hanson of Scioto Mills, Ethan Pflaume of Freeport and Auston Pflaume of Freeport and 3 Great Grandchildren Fenix, Liem and Evie Nyman of Freeport. Her Sister Barbera (Roger) Wisdom of Lubbock Texas, Sister-in-Law Irene (Leo) Chambers of Monroe Wisconsin? She was preceded in Death by her Parents, her Husband Mike, her Sister Shirley Shields, and three Brothers, Loren Chambers, Leo Chambers and Clarence Bunnell.? ? Special Thanks to the Hospice Staff who helped make the past weeks easier for us. Thank you Laura, Yolanda, Jeanne, Meg and the rest of the behind the scene Staff, your Kindness and help was and is greatly appreciated.? A Memorial Fund has been established? There will be a celebration of life at Patti and Chris' house on Dec 28th from 3pm to 8pm at 1055 Appaloosa Dr. in Freeport, come and share your memories. Please sign Nancy's guestbook and share a memory at www.burketubbs.com

Nancy Lee Sager, 85 years old of Freeport, Illinois went home to be with the Lord on December 16, 2019.? Born Feb. 5 1934 to Leo "Lee" Chambers and Margarette Wolf Chambers of freeport. She graduated from Freeport High School on 1952. She worked... View Obituary & Service Information

The family of Nancy Lee Sager created this Life Tributes page to make it easy to share your memories.

Send flowers to the Sager family.