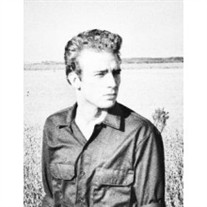 John Willis, 30, of Freeport, IL. moved on to his heavenly home after several years of battling with health issues, including epilepsy, which set him free from his earthly confines. He so bravely endured the pain he felt from his illnesses, most who knew him said he was the strongest person they had ever known. John was born in Oceanside, Ca., at Camp Pendleton. He is the son of Jeff and Sherrie (Veer) Willis. Also left to mourn his loss are his brother Sam (Carole) Willis, grandparents, Ernie and Shirley Veer, William C. Willis and very special grandparents, Jim and Ruth Sturtevant. His Paternal Grandmother, Gloria Bell Myers passed before he was born, and has now met her first grandchild. John also "adopted" another grandma who was like a 2nd mom to his mother. She was his Grandma Dolly. John is a 2008 graduate of Freeport H.S. He went on to receive a double major at Columbia College Chicago, in Acting and Graphic Arts. While studying at Columbia he became a high demand actor, well known for his work within the college community and local independent filmmakers. It kept him extremely busy between filming and studies. He holds the record at Columbia for making the most films, at over 100, in his time there. He absolutely loved his time at Columbia and living in Chicago. He had some well known, and not so well known, interesting, instructors that left quite an impression on him while he was there. Sheldon Patinkin, being one, was known to tell students if they weren't cut out for acting, he then would encourage them to seek another major and not waste their time. At the end of the semester, Sheldon said to John, "I don't tell this to just anyone, but you got what it takes." John's acting and artistic ability and high intelligence started showing in his early years. At age two he drew a picture of Batman and Robin that was very unlike the drawing of a two year old. In his school years at Freeport, he won awards every year for his art. His fellow classmates would often gather around him to watch him create. His artwork can be seen around the Freeport community, and he enjoyed giving his work to people. He was also an extremely talented writer, self taught guitar and piano player, and sculptor. He was a perfectionist when it came to his work, and always open to direction when it came to acting. When he was young, He would put on a hat, and become a different character with the change of each hat, or a prop, while playing. He even scripted and choreographed lightsaber fights and Star Wars stories to play with his brother Sam and friends in the yard and we learned that the neighbors loved to watch them play. John loved to read and study and write. He had an amazing memory. He would often share the things he was learning with his parents and his passion for what he was learning would become contagious. His sense of humor and laughter were also quite contagious. Throughout life he and his brother kept their home filled with laughter. They were a perfect comedy duo - it was sometimes hard for them to get into trouble because the mischievous thing they had done was just too creative and funny and their parents could only laugh. John had many friends, but there were only those who were unique and inspiring - a select few - were his closest. He was a very friendly, polite - almost to a fault - person. He loved music, from Jazz, to Johnny Cash, and Nirvana. He also dearly loved animals and nature. He would rather pick up a bug and let it outside the house than kill it. He cared for many injured or orphaned animals, and brought home strays. The love and kindness he had came from his great love for his Lord and Savior, Jesus. It was his greatest desire to be more Christ - like. John is also survived by numerous aunts, uncles and cousins - all who were very special to him in their own way. He leaves all with many memories to cherish until the day we are blessed to meet again. Funeral services will be 1:00 P.M. Wednesday September 9, 2020 at Church of the Nazarene in Freeport, Il with Rev. Scott Casto officiating. Visitation will be from 11:00 A.M. until the time of service at the church. A memorial has been established in John's memory. Please visit www.burketubbs.com to share a memory of John.

John Willis, 30, of Freeport, IL. moved on to his heavenly home after several years of battling with health issues, including epilepsy, which set him free from his earthly confines. He so bravely endured the pain he felt from his illnesses,... View Obituary & Service Information

The family of John Perry Willis created this Life Tributes page to make it easy to share your memories.

Send flowers to the Willis family.