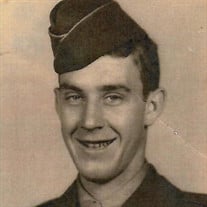 Chester A. “Check” Marcum Jr. (90), passed away peacefully on Monday, December, 6, 2021. He was born February 10, 1931 in Albany, KY. He was the son of Chester and Florence (Bolander) Marcum. He married Catherine M. Bonvillain on October 16, 1954. Chester was a veteran during the Korean War and served in Germany. He was a graduate of Freeport High School. He belonged to the American Legion and Veterans of Foreign War (VFW). He worked 30 years at the State Bank of Freeport and 8 years at Byron Nuclear Plant as a security guard. He was an avid hunter and fisherman who enjoyed spending time with his grandchildren and spending time with his friends at the donut shop. Chester is survived by his wife Catherine Marcum of Freeport, Illinois, one brother Don (Shirley) Marcum of Freeport, Illinois, one daughter Deborah (Scot) Price of Belvidere, Illinois, two sons, Chester III (Kathy) Marcum of Merrill, Wisconsin, and Thomas (Kelly) Marcum of Rock Falls, Illinois, and his grandchildren Sarah Price, Christopher (Mallory) Marcum, Stacey Marcum, Collin Marcum, Emily Marcum (Nick Conklen), Megan Marcum and Matthew Marcum. Chester was preceded in death by his parents, one sister Dixie Diddens, and four brothers James Marcum, Max Marcum, Kenny Marcum, and Melvin Marcum. Visitation will be held on Monday, December 13, 2021 at 12:00pm at Burke-Tubbs Funeral Home in Freeport, IL with a private service following at 1:00pm. In lieu of followers, contributions to St. Jude Children’s Research Hospital are appreciated.

The family of Chester A. "Check" Marcum Jr. created this Life Tributes page to make it easy to share your memories.