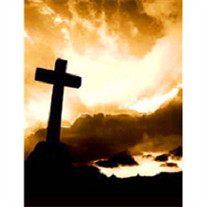 My mother, Lois McKnight, passed away Sunday just before noon (August 2) a few months shy of 92 years old. She survived my father, Alex McKnight, by more than a year. They were married almost seventy years, and she was more than ready to be... View Obituary & Service Information

The family of Lois McKnight created this Life Tributes page to make it easy to share your memories.

My mother, Lois McKnight, passed away Sunday just before noon...