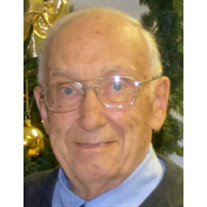 Douglas Garner Baldwin passed away peacefully at the age of 83 in Bradenton, Florida. Doug was born on a farm south of Jesup, Iowa on March 11, 1935. His parents, Gwendolyn and Harry farmed across the road from Gwendolyn's parents, the Learys.... View Obituary & Service Information

The family of Douglas G. Baldwin created this Life Tributes page to make it easy to share your memories.

Douglas Garner Baldwin passed away peacefully at the age of 83...

Send flowers to the Baldwin family.