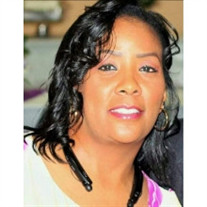 Sunrise 9th of August 1964 Sunset 26th of December 2020 Words of Grace, Psalms 91:1-4 He who dwells in the shelter of the Most High will abide in the shadow of the Almighty. I will say to the Lord, "My refuge and my fortress, my God, in whom I trust." For he will deliver you from the snare of the fowler and from the deadly pestilence. He will cover you with his pinions, and under his wings you will find refuge; his faithfulness is a shield and buckler. Kelly Marie Pearson was born on August 9th 1964 in Freeport, IL. She is preceded in death by (Mother) Ruby Lee Tripplett-Pearson, (Grandmother) Ann Triplett, and (Grandfather) Nazareth Tripplett. Kelly graduated from Freeport High School in 1983. Kelly worked at Micro Switch for over twenty years. Kelly also worked at St. Joseph Nursing Home which is now called Provena, and in these most recent years, she worked at the Chrysler plant in Belvidere, IL. Kelly is a free spirit with a beautiful soul beautiful soul and spirit who enjoyed many things throughout the years such as traveling, sports events, and concerts; she was a lover of music, a make-up and beauty connoisseur, and fashionista who enjoyed a good pedicure. While Kelly is not survived by children of her own, she is beloved by her nieces and nephews whom she spoiled, as well as 13 great nieces and great nephews whom she deliberately took time to get to know, to love, and also spoil. There was no limit to her love, and Kelly was a woman willing to have those tough heart to hearts that lead to growth. Kelly's heart was big enough for family, friends, and the several children's charities that she offered her love and support to. Kelly remained undaunted by the pressures of religious institutions; she preferred to enrich her spirit by studying and proving the Word to discern Truth; she was not afraid to find her own path and this courage resonated throughout her life. We learn from Kelly to never give up. Kelly loved adventure. From mud baths in the Bahamas, paragliding over the ocean, to hiking the snowcapped mountains of Colorado, Kelly pursued new experiences with a passion for living life to the fullest. Kelly inspired people to get out of their comfort zones. She was as multifaceted as the jewelry she loved to wear, able to hold two conflicting viewpoints in her mind at the same time. She was a person whose kindness wouldn't be perceived as a weakness. Kelly was as equally private as she was out going which is why this loss came as such a shock to many outside of her immediate family. She leaves behind her partner in life, James Austin. A solid presence from the moment he arrived, James made sure Kelly fulfilled her earthly dreams. He accompanied Kelly on her adventures and trips to both his and her family gatherings. An angel in disguise, James quickly became embraced by her family as Uncle Jim. Kelly is survived by (Father) Clyde Pearson, (Sister) Diana Johnson-Schaar, (Brother) Maurice Pearson, and (Sister) Gretchen Early. A walkthrough visitation will be held from 11:00 a.m. - 1:00 p.m. Monday January 4, 2021 at Burke-Tubbs Funeral Home in Freeport. Social distancing and face masks will be required. A private family service will follow. Please follow Kelly's service by following the live feed at 1:00 p.m. via "Siobhan Ford" profile. A memorial has been established in Kelly's memory. Please sign her guestbook and share a remembrance at www.burketubbs.com

Sunrise 9th of August 1964 Sunset 26th of December 2020 Words of Grace, Psalms 91:1-4 He who dwells in the shelter of the Most High will abide in the shadow of the Almighty. I will say to the Lord, "My refuge and my fortress, my God, in... View Obituary & Service Information

The family of Kelly Marie Pearson created this Life Tributes page to make it easy to share your memories.

Send flowers to the Pearson family.