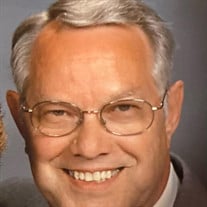 Kenneth Lloyd Kounkel Obituary Kenneth Lloyd Kounkel, 78, passed away March 22, 2022, at Javon Bea Hospital Rockford, IL. Ken was born on June 1, 1943, in Le Mars, Iowa to Lloyd and Maria (Muecke) Kounkel. He was raised on the family farm, 1 mile south of Neptune. Ken attended the local country one room school through the sixth grade, then transferring to Le Mars Central High School; graduating from there in 1961; followed by a B.S. degree in Engineering Operations in March 1965, from Iowa State University. Upon graduation, Ken began work for the Goodyear Tire & Rubber Company, Akron, Ohio, in the tire development division. In March 1966, he married Sandra McDonald. They raised a son (Mike) and a daughter (Lisa). Ken retired from Goodyear in 2003. Following retirement Ken consulted for numerous tire manufacturing companies throughout the world. His wife of 46 years, Sandra, died in 2012. Ken met Margery Althof at church and married in December of 2015. Margery died in 2017. Ken had since lived in Cedarville, Illinois loving and caring for his dog Jake. Ken has always enjoyed other people, especially those in his family. Ken was preceded in death by his wife, Sandra, father, Lloyd, and his mother, Maria. He is survived by his two children, Lisa and Mike, grandchildren Ashlyn, Ava and Myles, his brother Lawrence(Mary), sister Kathleen(Daniel), several cousins, nieces, and nephews. Visitation will be held at First Lutheran Church, Freeport Illinois on Saturday, March 26, 2022, at 10 a.m. Funeral service will begin at 11 a.m. Pastor Keith Johnson will officiate. Burial will be April 2, 2022, in Hinton, Iowa at 2 p.m.

The family of Kenneth Lloyd Kounkel created this Life Tributes page to make it easy to share your memories.

Send flowers to the Kounkel family.