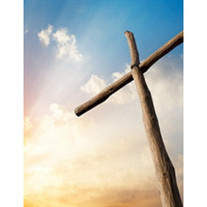 Louis c. McNair, "Bubby" 69, of Racine, WI, died Saturday December 29, 2019 at Medina Manor Retirement Center, Durand, IL. He was a native of Freeport, IL. He was born March 8, 1950 in Freeport, IL, the fifth child and oldest son of Joseph and Lucean (Gossett). He never married. He attended Freeport High School from 1965-68; but left for opportunities in Job Core. Louis was drafted in 1968 in the Vietnam War serving in the US Army as a Rifleman with Alpha Company, 3rd Battalion, 503 Airborne Infantry Regiment 173rd Airborne Brigade. After being dishonorably discharged Louis spent the next 40 years or so fighting to clear his name, he did his own writing, research and won his veterans rights and benefits. He eventually returned home to continue his education; there were some failures but in 1995 Louis earned his Associate Degree in Art in Painting and Drawing from Highland Community College in Freeport, IL. He was 45 years old when he received his degree. He also earned a certificate in Horticulture from Highland Community College. At one point his artwork had been displayed and won "best in show" at Freeport Art Museum. Louis used his painting and drawing gifts and talents as therapy to help combat the PTSD that had plagued him for years due to trauma received in Vietnam; but he never let that stop him. He was also an avid photographer and was seldom seen without his camera. He loved jazz and just "Chilling" down on Lake Michigan Racine, WI. He was at the library just about every day reading and learning. Bubby was preceded in death by his parents Lucean and Joseph McNair, sister Evelyn, sister Lucean "Honey". Louis is survived by a son, Charles Jackson of Minneapolis, MN, and a daughter, Talia Marie Nesemeier, Manassas, VA. One brother John McNair of Racine, WI, three sisters, Katherine (Carl) Cain of Columbus, OH, Ella Edison, Marlene Kuykendall of Freeport, IL. Six grandchildren and four great-grandchildren and a host of nieces, nephews, cousins, and friends. A very special friend "shout out" to Johnnie Westmoreland, who's been a friend to Bubby and his family for over 52 years. Funeral services will be 11:00 AM Saturday, January 4, 2019 at Freeport Faith Center Church, 203 W. Pleasant St. Freeport, Il. Visitation will be from 10:00 AM until the time of service at the church. Apostle Michael Sowell will officiate. Burial will be in Freeport. City Cemetery.

The family of Louis C. McNair created this Life Tributes page to make it easy to share your memories.

Send flowers to the McNair family.