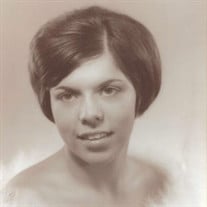 Elaine Patricia Myers, 75, of Freeport, IL passed away at home surrounded by her family on March 10, 2022. She was born November 9, 1946, in Freeport, IL. She was the daughter of Wilma(Jacobs) Bender, and step-father James "Beaver" Bender. Elaine married James Myers on March 7, 1964. Elaine worked as bookkeeper at Freeport True Value Hardware for 19 years. She then was office manager of the Freeport Water and Sewer Commission for the next 19 years. She was a member of the local congregation of Jehovah's Witnesses and enjoyed speaking to people about Jehovah and his son, Jesus. She also had a penchant for world travel, traveling to France, Italy, London, Russia, and South Korea. Elaine enjoyed concerts, theater, and the arts. She was in many plays and loved Winneshiek Theater, including a memorable death scene as Edith Chiles in Death By Chocolate. In school, she was involved in the A capella Choir, French, Dance, and Drama Clubs. She was also co-editor of the 1964 Polaris High School Yearbook. Her memory will always be a blessing to the family and friends who knew her. Elaine is survived by her husband James Myers of Freeport, IL; sisters, Claudia (Nicholas) Smith, and Teresa Fyock of Freeport, IL. Daughters, Monique (Mike) Campbell of Freeport, and Michelle (Miles) Beske of Freeport; brother Lawrence Gagnon of Tennessee; granddaughters, Alicia Leiser (Shaun Coleman) of Freeport, and Ashley Thompson of Rockford, IL. Grandsons, Joshua Kerr (Erin Doyle) of McFarland, WI and Zachary (Sarah) Masa-Myers of Stoughton, WI. Great-Grandsons, Devin Leiser and Peyton Skeel. Great-granddaughter Kiera Leiser. Elaine was also an aunt and great-aunt to many beautiful nieces and handsome nephews. Elaine was preceded in death by her birth father, Phillip Gagnon; Mother Wilma Bender; Step-Father James "Beaver" Bender; Son Michael J. Myers; brother Terrence Gagnon; Granddaughter Sydney Beske; and brother-in-law Daniel Fyock. A memorial visitation will be held on Tuesday March 15, 2022 from 3:00-5:30 PM, with service following at 5:30PM at Burke-Tubbs Funeral Home in Freeport. Burial of cremains will take place in Chapel Hill Memorial Gardens in Freeport. A memorial has been established in Elaine's memory.

Elaine Patricia Myers, 75, of Freeport, IL passed away at home surrounded by her family on March 10, 2022. She was born November 9, 1946, in Freeport, IL. She was the daughter of Wilma(Jacobs) Bender, and step-father James "Beaver" Bender.... View Obituary & Service Information

The family of Elaine P. Myers created this Life Tributes page to make it easy to share your memories.

Elaine Patricia Myers, 75, of Freeport, IL passed away at home...

Send flowers to the Myers family.