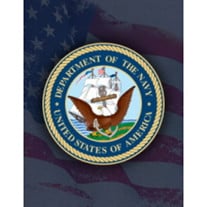 Franklyn R. Gonder, age 94, of Freeport, Il, passed away on Tuesday, June 04, 2019. Frank was born in Los Angeles, CA on August 1, 1924, the son of Franklin and Helen Gonder. He received his education in California and went to the University of Illinois where he studied Diesel Engineering . A WWII Navy Veteran, Frank served abroad the LST 814 in the Pacific Theatre. In May of 1947, Frank came to Freeport to serve as best man in Navy buddy, Raymond Meyers' wedding. It was here that he met and proposed to Ray's sister, Ruth. On August 2, 1947, Frank and Ruth Mary Meyers were united in marriage at Embury Methodist Church. They enjoyed 58 ½ years of marriage before Ruth's passing. Frank was employed by Micro-Switch/Honeywell as a senior evaluation technician in the Test Lab. There he conducted environmental tests on switches used in the aerospace program. His work also required him to travel to various aerospace sites throughout the United States. Frank's memberships included Embury Methodist Church where he was a 63 year member and served on the administrative council and was an usher, The United States LST Association, The American legion, Stephenson County Historical Society, Friends Forever Humane Society, Stephenson County Antique Engine Club, and the Micro Breakfast Club. Frank was very well-read and knowledgeable of many subjects. He was an all around handyman and enjoyed helping those in need. His hobbies included art, science, woodworking, nature, restoring tractors, and traveling. Frank is survived by his daughter, Judith Gonder, his brother-in-law, Raymond Meyers, nephews, James (Karen) Meyers, Patrick Meyers, and Kevin (Nellie) Meyers, cousins, Marilyn True of California and Leona Mastan of Oklahoma, and six great nieces and nephews and their families. Preceding him in death were his parents, his wife, Ruth, his in-laws, John and Edna Meyers, his brother, Richard Gonder, brother-in-law, Robert Meyers, sister-in-law, Madelon Meyers, nephew, Jon Meyers, and a great nephew Daniel Meyers. Honoring Frank's wishes, a private service will be held with burial in Oakland Cemetery. In Lieu of flowers, a memorial has been established for Friends Forever Humane Society 966 Rudy Road, Freeport, IL 61032. Condolences may be sent to the family at www.burketubbs.com

Franklyn R. Gonder, age 94, of Freeport, Il, passed away on Tuesday, June 04, 2019. Frank was born in Los Angeles, CA on August 1, 1924, the son of Franklin and Helen Gonder. He received his education in California and went to the University... View Obituary & Service Information

The family of Franklyn R. Gonder created this Life Tributes page to make it easy to share your memories.

Send flowers to the Gonder family.