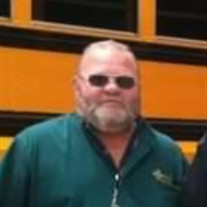 Jeffrey W. Jones, 64, of Freeport passed Monday December 6, 2021 an FHN Memorial Hospital. He was born September 19, 1957 in Beloit, WI the son of William and Ruth (Reese) Jones. He married Gina West on January 9, 1975 in Freeport. Jeff loved watching movies, spending time with his family, and his talking bird Bella. He was the ultimate family man and will be missed by all who knew him. Jeff is survived by his wife of 46 years Gina of Freeport, IL; daughter Tonya (Albert) Alt of Freeport, IL; brothers Michael Jones of Freeport, IL, Matt (Debbie) Jones of Freeport, IL, and Pat (Cathy) Jones of Rock City, IL; sisters Rochelle Macart of Stockton, IL and Ann Almasy of Freeport; brothers-in-law Kirk (Tina) West of Freeport, IL, Dean (Rosemary) West of Rockford, IL; sister-in-law Amy (Jeff) Bardell of Freeport, IL, Jeanine West of Freeport, IL, and many nieces and nephews. He was preceded in death by his son Jeffrey S. Jones, sister Sandy Jones, Brother William Jones, brothers-in-law Jamie Crawford and Greg West, and special friend Uncle Fred. Funeral Services for Jeff will be 10:00 A.M. on Saturday December 11, 2021 at Burke-Tubbs Funeral Home in Freeport with Reverend Tim Hotchkiss officiating. Visitation will be held from 9:00 AM until the time of service Saturday in the funeral home. Burial will be in Dakota Cemetery. A memorial has been established in his name.

The family of Jeffrey W. Jones created this Life Tributes page to make it easy to share your memories.

Send flowers to the Jones family.