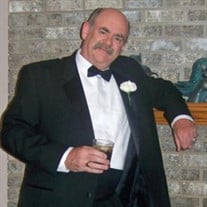 William Alfred Leser, 67, of Freeport, Illinois, passed away on Saturday, July 31, 2021, in his home. A gathering of family and friends will be held Saturday, August 7, 2021, at 11:00 a.m. at Burke-Tubbs Funeral Home 504 North Walnut Ave, Freeport. Visitation will be from 9:30 a.m. until the time of gathering. Final resting place will be at Oakland Cemetery, 2619 West Pearl City Road, Freeport. In lieu of flowers, please consider celebrating William’s passion for the historic preservation of the Masonic Temple in Freeport, with a memorial donation to the Restore, Protect and Improve program, Freeport Masonic Temple, 305 W. Stephenson Street, Freeport, IL 61032. Online condolences and shared memories accepted at www.burketubbs.com. William was born in Freeport, Long Island, New York, on September 27, 1953, the son of William J. and Shirley (Vooris) Leser. He served his country in the United States Air Force during Vietnam as a cryptographer. William attended Western Connecticut State College where he graduated with a degree in Chemistry. He was an electrical engineer and also worked as a computer programmer. On April 24, 1976, William married Debra L. Korn, in Danbury, Connecticut. He was very active with local groups and was a Past Master of the Masonic Evergreen Lodge NO. 170. He was also a Knights Templar with the York Rite and a 32nd Degree / MSA Mason with the Scottish Rite. He enjoyed riding his motorcycle and was a member of the Freemason Riding Club (F.M.R.C.). William also was a member of the Professional Association of Diving Instructors (PADI), National Association of Underwater Instructors (NAUI) master SCUBA instructor, and a member of the Emergency Services Disaster Agency, Rolling Meadows, Illinois. On November 16, 2009 William Leser petitioned Evergreen Lodge #170 in Freeport, IL, was initiated December 7, 2009, passed to the degree of fellowcraft on February 15, 2010, and raised to the sublime degree of Master Mason on April 6, 2010. He served in several positions in Evergreen Lodge being elected to the position Worshipful Master 2013 and 2014, and then becoming secretary in 2020 until his passing in 2021. Brother Leser joined Scottish Rite in Freeport in 2010, served officer positions in the Lodge of Perfection including Thrice Potent Master, and then moved to the Consistory line where he was First Lieutenant Commander at the time of his death. During his time in Scottish Rite he was elected to recieve the Meritorious Service Award in 2018, and extensively studied Masonic degrees, wrote several papers on degree backgrounds, and on September 9, 2018 recieved membership in the Hauts Grades Academy, a prestigious organization of Masonic scholars studying Masonic education and knowledge. William was preceded in death by his parents. William is survived by his loving wife, Debra of 45 years; brother, Michael (Maria) Leser of Connecticut; sisters, Barbara (Robert) Baehr of Florida; and Karen (Gary) Sims of Scotland. He will be deeply missed by his family, friends and all who knew him.

The family of William Alfred Leser created this Life Tributes page to make it easy to share your memories.

Send flowers to the Leser family.